10. Permanent Secretary: Ministry of Industry and Trade February 2020 to March 2021

a. Supervisor to 18 master students

b. Supervisor of 5 PhD students

c. External examiner for over 20 masters dissertations from different Universities in Tanzania and outside Tanzania; and

d. Managing over 50 Research project as the Director of Postgraduate Studies, Research and Publications at Ardhi University.

iii. Supervising project activities for the Kihansi Catchment Conservation Management Project. The project financed by GEF and World Bank through National Environment Management Council of Tanzania for the activities that are carried out in Mufindi District Council, Iringa Tanzania 2017/2018 4

iv. Assessment on how Institutions facilitate Urban Poor's Access to Ecosystem Services: A Comparison of Green and Water Structures in Bangladesh and Tanzania: National Team leader for the project funded by National Environmental council of United Kingdom under Ecosystem Services for Poverty Alleviation (ESPA) 2014 -2016

v. Assessment on Climate Change Vulnerability and Adaptive Capacity of Communities in the Selected Villages of Kilosa, Kiteto and Pangani Districts in Tanzania. Team leader for the Project funded by Norwegian Church Aid September – October 2014

vii. Reviewing and aligning of the national action programme (NAP) to combat desertification to a ten year strategic plan and framework to enhance the implementation of the UNCCD (2008 – 2018). Team leader for the project funded under the Tanzania’s Vice Presidents Office Division of Environment January To September, 2014

viii. Assessments of the Status of REDD+ Readiness in Tanzania and Support to the Preparation of a Potential 2nd UN-REDD Tanzania Programme. National team leader for the project funded by UNDP March to May 2014

xi. National consultant for developing the proposal on Strengthening Climate Information And Early Warning Systems For Climate Resilient Development And Adaptation To Climate Change in Tanzania. The proposal that was funded by GEF through UNDP and Tanzania’s Vice Presidents Office Division of Environment September 2012 to July 2013 5

xii. Assessment of the potential incentives for the private sector investment in Climate Change Adaptation Programmes in Tanzania. Team leader for the project funded through the Ministry of Finance July – August 2012

xiii. Terminal evaluation of the Project on Mainstreaming Climate Change into Integrated Water Resources Management in Pangani River Basin (Tanzania): 00053407 (PIMS 3308). National consultant for the project funded by UNDP. May 2011

xiv. Buyers and Sellers profiling and assessing their willingness to participate in the Equitable Payments for Watershed Services (EPWS) programme. Team leader for the project funded by WWF Tanzania Country Office January to March 2011

xvii. Development of a programme proposal in the area of environmental protection and climate change mitigation (US$ 5,375,250): Sustainable Financing to Reverse the Long Term Forest Degradation and Loss of Carbon from the Eastern Arc Mountains Forests World Heritage Site, submitted to Norwegian Embassy. The proposal that was funded by Government of Norway. National consultant for the project that was commissioned by Eastern Arc Mountains Conservation Endowment Fund (EAMCEF) April to November 2010

He started his management carrier at ARU as the Acting Head of Department in the Department of Research and Consultancy at the Institute of Human Settlements Studies in 2009 when he just completed his PhD, the position that he held until July 2016. Shemdoe while holding the position of acting Head of Department he was then promoted to Research and Training Senior Management Positions. For six (6) years (2011 to 2016) he held positions of Acting Director of the Directorate of Postgraduate Studies, Research and Publications at Ardhi University (May 2011 to August 2013) and subsequently he was confirmed as Substantive Director in the same Directorate in September 2013 the position he held up until he was appointed as the District Executive Director of Mufindi District Council. After working for two years as a District Executive Director, Shemdoe was then appointed to be Regional Administrative Secretary of Ruvuma Region where he worked for one year and then appointed to the position of Permanent Secretary, Ministry of Industry and Trade. Shemdoe worked for this position for one year. In March 2021, her Excellence the President of the United Republic of Tanzania Appointed Shemdoe to be the Permanent Secretary in the President’s Office – Regional Administration and Local Government, the position that he is holding to date. During his time as Acting and Substantive Director, he has managed to influence the increase in number of Postgraduate students’ enrollments, attracted more research funding through encouraging researchers at the University to develop research proposals and submit to various development  7 partners. He also devised some mechanisms which helped more academic staff to engage in research and publish research findings, hence facilitated the increase in number of publications at ARU that ensured more visibility of the University. Currently Shemdoe as the President’s Office – Regional Administration and Local Government is one that is in charge of the 26 Regions and 184 Councils in Tanzania Mainland

Shemdoe as an individual has an excellent background and experience in financial resources mobilization as he has directed and worked with teams to develop national and multinational projects and programmes that have secured funding which benefited both researchers and students at ARU. Some of these include:

i. Supervised the development of The EU Support for Business Environment, Growth and Innovation - BEGIN (EUR 23 million equivalent to TZS 63.5 billion) that will promote inclusive economic growth, enhance consumer protection and create employment opportunities through innovation, in particular for women and youth. More specifically, the programme will support the Ministry of Industry and Trade to implement Tanzania’s Blueprint for Regulatory Reforms to improve the Tanzania Business Environment. The programme also focuses on increasing compliance of Micro, Small and Mediums sized Enterprises (MSMEs) with quality standards to widen market access, reduce standards compliance costs, and enhance consumer protection and on improving the environment for entrepreneurship and innovation, particularly for women and youth-led MSMEs.

iii. DAAD in country/in region program worth about 600million Tshs to train 12 masters and 12 PhD students from within East Africa region the project that is conducted between 2015 and  8 2020. This project was solely developed by Shemdoe and it is benefiting Tanzanians who are enrolled at Ardhi University, majority being Academic members of Staff at ARU;

iv. Research project that worth 500,000GBP supported by NERC through ESPA that was jointly developed by him from ARU, other researchers from Universities of Lancaster and Manchester in the UK and BRAC University in Bangladesh. Out of this grant a total of 100,000GBP (450,000,000TAS) was allocated to ARU for research that was conducted between 2013 to 2016);

v. Vril Belgium funded a research project with a research grant amounting to 120,000,000 TAS. This was jointly developed by Shemdoe and Professors in Ghent University, under this project, two master students have been supported of whom one has graduated in 2016;

vi. Developed and secured grant from Royal Embassy of Norway through Climate Change Impact Adaptation (CCIAM) programme worth’s 150,000,000TAS for the research that was conducted between 2010 and 2013 which has supported three masters’ students all of whom have graduated.

vii. Participated in the development of Climate Change and Urban Vulnerability in Africa (CLUVA) project worth 3 million Euros under EU FP 7 where ARU worked with other 12 Research Institutions; 7 from Europe and 6 from Africa in which ARU received a total of 200,000 Euros (~400,000,000Tsh) for research which has eventually supported 6 PhD Students who are ARU academic staff members

viii. Participated in the development of CLUVA Nexus programme worth 1.5M Euro funded by DAAD under the leadership of Technical University of Munich with other Six Research Institutions in Europe and Africa that is implemented for five years between 2013 and 2018 where ARU is benefiting from sending full funded 7 students and 3 staff members yearly to the Technical University of Munich under the exchange programme for 5 years (with a support to ARU to approximately 150,000Euro~300,000,000TAS).

ix. As a National expert Shemdoe worked with an International Consultant to develop a 4 million USD project funded by Global Environmental Facility (GEF) for the Prime Minister's Office, Disaster Management Department (PMO-DMD) and Tanzania Meteorological Authority 9 (TMA) through United Nations Development Programme (UNDP) Tanzania Country Office to support the early warning project that is being implemented between 2014 and 2018;

x. As a National expert Shemdoe worked with an international consultant to develop a 5milion USD funded by the Royal Government of Norway to the Eastern Arc Mountains Conservation Endowment Fund (EAMCEF) in Morogoro;

i. Leadership and Human Resource Management

In the period of time that Shemdoe has worked with as District Executive Director; Regional Administrative Secretary as well as Permanent Secretary in the two Ministries he has been interacting with various Sector Ministries Departments and Agencies (MDAs) as well as various Development Partners.

8. Mwangeni N, Shemdoes R.S and Kiunsi R.B (2015) Assessment of changes in provision of forest ecosystem goods and services and benefit sharing mechanisms in Ugalla- Masito Ecosystem: A case of Ilagala and Karago villages. International Journal of Biodiversity and Conservation 7(5):290 – 298 (May, 2015)

11. Shemdoe RS and Mwanyoka IR (2015). Natural Resources Based Conflicts and Their Gender Impacts in the Selected Farming and Pastoral Communities in Tanzania. International Journal of African and Asian Studies 15: 83-87

25. Shemdoe R. 2010. Role of Housing Licenses in Accessing Loans as a Strategy to Urban Poverty Alleviation in Tanzania.Regional Development Studies 14:81-93 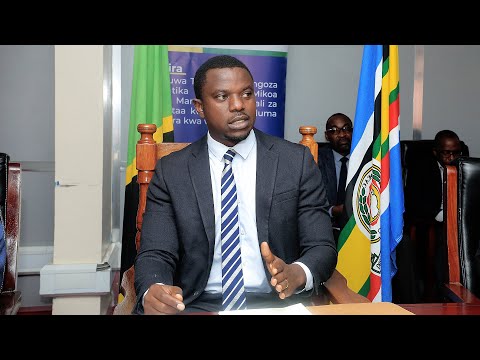 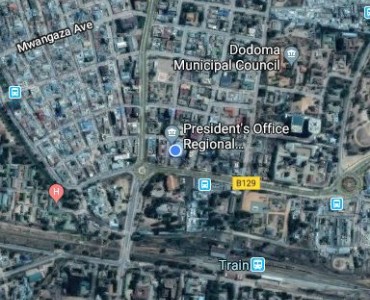